INTRODUCTION
MXEspai (Espai1010) design their annual programme in cycles that run throughout the different seasons. The project "Urban Wefts" IV International Small Format Contemporary Art Exhibition, actually forms part of the Minimal Art cycle where ancestral techniques are found with new technologies. "Urban Wefts" has some of the spirit of previous exhibitions, but this time we are placing special emphasis in showing artists that produce pre-technological works using common materials, temporary works as well as technological and/or scientific works applied to visual arts. We have chosen to give a theme in order to provide a context for the exhibition and so creating a greater coherence and purpose. Working around an idea makes us centre our thinking and gives us direction, making us reflect on what we are doing somewhat more deeply and ridding the experience of the limits of certain work habits. We would like to express our satisfaction in the participation of artists from Latinamerica who have surprised us with the quality of their pieces and their attitudes in such complex socio-political times in their countries. We are also pleased that more and more artist from our own country put their trust in our project, while at the same time.
MXESPAI also supports young artists starting their artistic careers.
Marga Ximenez 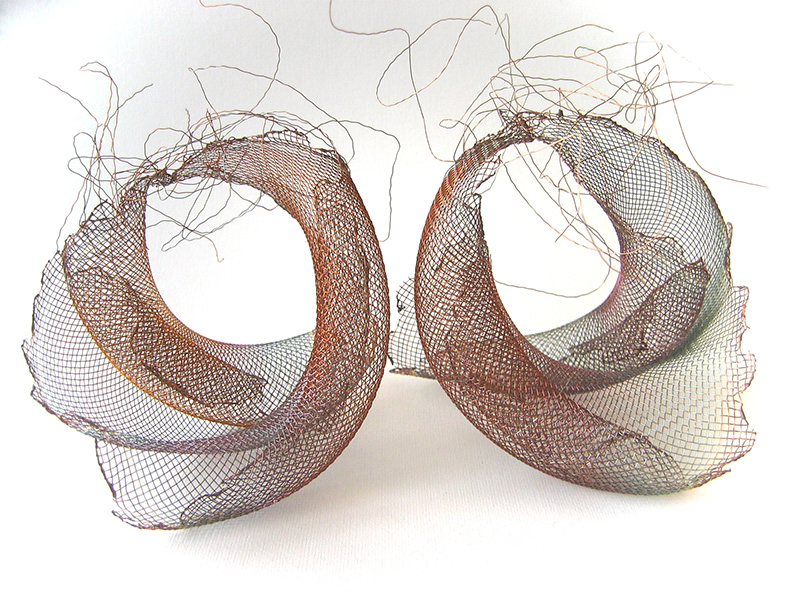 In the philosophy of art Barbara Verzini Philosopher Is there still any purpose in making a distinction between fine materials and ephemeral ones? The importance of the material is fundamental, and not only from an artistic point of view. All too often the metaphysical aspect has taken precedence over all other aspects, so that things have always been perceived more as resources. This humanistic philosophical approach, this anthropocentrical view involving the use and consumption of the inorganic world has denied the materials their very own aura and their vast symbolical and educational value.Things have in themselves their very own look and their own language, as Walter Benjamin so often reminds us. This is also related to the strict distinction between fine and ephemeral materials: from the moment we experience the "language things possess", we cannot have value distictions, as an aura envelopes each thing and we see things once again as a child, who has a direct and instantaneous relationship with the inorganic world.This process the child undergoes in playing with their mother, puts them in a relational position with the world.The symbolic action of the mother tongue, „the native language", studied in great depth by the Italian philosophers, such as Luisa Muraro and the entire "Diotima" philosophical community, is an element used in the intepretation of an exceedingly overflowing creativity, a compound language that combines, undoes and creates once again.This element can be a useful key in the interpretation for many of the works in this exhibition, such a the piece by Almira Olmayan that demonstrates how a woman can play with her role, because behind the visible there always lies the possibility of changing the codes, in this case the social codes, as one would using a pen hidden within a curler.

It is important to highlight that in this exhibition artists from allover the world from Chile to Japan, play with their creativity adapting their work to this year's theme "URBAN WEFTS" and to the required size of the piece which is not to exceed 10 cm. These two entry conditions prioritise a conceptual type of artistic work that knows how to converge reflection and memory.Let's not forget that the materials we wear closest to our bodies in particular, are made up of the weave of our experience, both in the conscious dimension as well as in that irrational dimension of our dreams, which cannot be seen in its fullness. This is the case in the work by Pia Remedios who reminds us of Louise Bourgeois, the artist who has most worked with the supernatural dimension when she speaks to us about the symbolism in cutting a piece of fabric, which she likens the cutting action to that of the memory, the present that guillotines the past. Without this selective action, there would be no such thing as a memory.
© Barbara Verzini Philosopher
MX ESPAI 1010c/Libreteria 7 principal
08002 Barcelona Spain